The U.S. Army’s xTechSearch wrapped up the 2020 Summer of Innovation by innovating itself. An alignment of the Army’s xTechSearch prize competition and the Small Business Innovation Research (SBIR) program is set to transform the Army acquisition process with greater program flexibility and funding to American small business.Now, emerging American […]

The U.S. Army’s xTechSearch wrapped up the 2020 Summer of Innovation by innovating itself. An alignment of the Army’s xTechSearch prize competition and the Small Business Innovation Research (SBIR) program is set to transform the Army acquisition process with greater program flexibility and funding to American small business.Now, emerging American technology can be found, judged and placed under phase II SBIR contract for acquisition by the Army through a processes that can keep up with the private sector’s pace of development.The xTechSearch program was launched in 2018 by Dr. Bruce D. Jette, assistant secretary of the Army for acquisition, logistics and technology (ASA(ALT)), to leverage government prize competition authority to uncover novel, disruptive technology through a juried contest. Now in its third year, xTechSearch has brought forward some truly innovative dual use technology such as hand held wall penetrating radar, more efficient rocket fuel and a non GPS navigation tracking system offered by American tech entrepreneurs.The cash prizes, which range from $5,000 if your white paper proposal gets accepted, to the $250,000 grand prize is often used by the competing entrepreneurs to mature their technology or grow their company. xTech competitors are also invited into the xTech Accelerator powered by FedTech, which provides business mentorship, networking events, and introduction to capital financing.Prior to the xTech-SBIR linkage the Army’s formal relationship to the winning tech companies ended at the conclusion of the contest. The alignment of xTechSearch and Army SBIR will enable the Army to open the door into new ways that xTechSearch can gain access to promising vetted technology, while proffering a formal contractual relationship with select technology innovators. Instead of a cash grand prize, a phase II SBIR contract up to $1.6 million dollars can be awarded with the potential, in certain cases, to increase the award up to $3-4 million dollars.SBIR contracts are divided into three phases. Phase I funds a feasibility study, while a phase II contract focuses on research and development to prototype with emphasis on transitioning the concept to a tangible and working system or item. A Phase III award promotes the commercialization of the technology with the goal of production and fielding back to the DoD and if applicable to non-DoD users.In the xTech-SBIR alignment, the open or directed topic contest format, which is judged by subject matter experts in progressively challenging phases, moves the winning companies well beyond the requirements of a SBIR phase I award, to allow the Army to move directly to a phase II contract in a short amount of time.Dr. Matthew Willis, Army xTechSearch-SBIR program manager stated that the alignment of these two programs will, “Revolutionize the speed at which the Army can identify, evaluate, and execute ground-breaking R&D in support of the Solider. Innovation is transformational. This new business paradigm will allow the Army to be more adept, moving at the speed of innovation vice the speed of traditional acquisition.”To pilot this concept, the xTechSearch program launched xTech|SBIR on September 16, 2020, as a forum for small businesses to collaborate with the Army, earn prize money, and engage with other non-traditional Army partners.The pilot xTech|SBIR has six topics to compete; winners of the xTech|SBIR will be invited to submit a Direct to Phase II (D2PhII) SBIR proposal to prototype their proposed technology innovations. Prize money will be awarded to selected projects through the Army xTech program, and D2PhII SBIR awards will be available through the Army Applied SBIR program.The entry period closes on October 9, 2020.To find out more, visit www.xtechsearch.army.mil 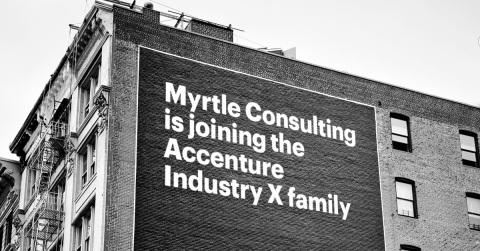