Australians are hoping to see extended financial support for workers in industries crippled by Covid-19 restrictions, as well as policies to make renewable energy cheaper and more accessible.

While the government has indicated job creation will be at the centre of Tuesday’s federal budget, Guardian Australia spoke to Australians across several states, sectors and stages of life about where they want the government to spend money.

After leaving his office job in September last year, Kuda had begun working at a cafe part-time so he could focus on a career as an artist.

Kuda had been planning to move to Zimbabwe in late March with his wife. He had family there, and the pair wanted to open an art gallery and cafe.

However, Covid-19 border closures saw their flight postponed indefinitely only days after his wife had finished working her notice period at her job. Shortly after, gathering restrictions saw the cafe Kuda was working at forced to shut.

Unable to find other employment, Kuda has been relying on jobseeker payments since the beginning of the pandemic, with demand for his work as a freelance artist shrinking.

“The higher rate of jobseeker has been very liveable,” he says. “For the first time in consecutive months I just knew all my bills would be fine. So the move to reduce jobseeker has brought up some anxieties.”

While he hopes the budget will address cost of living for jobseeker recipients, especially in Melbourne, he wants to see the budget sufficiently allocate funding to address the mental health implications of the recession.

He believes there are still financial and logistical hurdles to accessing mental health care.

“I’ve had a hit of depression, and so mental health is one of my biggest concerns.

“It’s a conversation that is tied to everything happening in society, especially where there’s so many people who are looking for jobs.”

Since Covid-19 shut universities off from international student revenue, casual academic Nicole Fidalgo has seen her four days of work at the University of Sydney reduced to teaching just two classes per week in the second half of 2020.

Despite teaching Spanish for more than two years, the single mother has not been rehired for those classes, while one of the two international and global studies tutorials she currently teaches has swelled to 34 students.

She delivers her classes via Zoom, but has to travel to the university library because her internet connection at her home is not strong enough.

“We’re not able to manage with the different learning styles of the students if there’s that many students,” she says.

In July, Nicole accessed her superannuation early to help pay bills, as employees of public universities were excluded from the jobkeeper wage subsidy. She has also unsuccessfully applied for retail jobs at Kmart, Target and Woolworths.

She relied on free childcare when the government offered it, especially as she earned no money on her non-teaching days spent on her PhD. Her four-year-old daughter’s father has resisted paying for childcare.

In the budget, she hopes to see greater support for the education sector and childcare, and wants requirements for accessing Centrelink and other government supports relaxed for applicants.

“You have to bare your soul in order to get help. It feels like you’re filling out all these applications and getting nothing done.”

As a result of Australia’s continued international border closure, Brenda Miley has seen a 70% reduction in customers at her surf school, Let’s Go Surfing.

Brenda has relied on jobkeeper to keep her 10 full-time staff and roughly 50 casuals employed throughout the pandemic. They teach across two beaches in Sydney – Bondi and Maroubra – as well as Byron Bay and Lennox Head on the New South Wales north coast.

“We haven’t let anyone go, but originally we had to fund their salaries through our mortgage,” she says. “You have a really big responsibility because you’re helping them to survive.”

She is bracing for the first summer in 25 years without international tourists, which coincides with the reduction of the jobkeeper payment.

Brenda understands the safety reasons behind shutting the international border, but hopes to see an acknowledgement of the impact of its continued closure in future government support.

“With business, everything is connected to each other. Tourists who come surfing, we then take them to a local restaurant.”

In the budget, Brenda hopes to see greater support for small businesses guaranteed for the coming months.

“The government has been doing a really good job with jobkeeper, but the more support that Canberra can give the better.

“We’ll know by the end of April if we’re still in business or not. We’re cautiously optimistic of hanging in there.”

School teacher David Browne believes the energy debate in Australia has become “so deeply politicised” that not enough is being done to reconcile concerns about the long-term impact of climate change with attempts to make renewable energy more affordable.

“You can see action being taken, with more solar on roofs, more electric cars and businesses making commitments to carbon neutrality, but the government is limping behind,” he says.

While David, who lives with his wife and two children in suburban Sydney, has environmentally conscious energy options, he has noticed higher costs. He believes more needs to be done to make renewable energy options cheaper.

“Our house is not viable for solar so we don’t have it on our roof. We’ve investigated the greener power options, but it’s more expensive than regular electricity, so while we think about the climate, household cost is also a major factor.”

In addition to energy, David hopes that if the budget brings about policies to create jobs, there would be greater clarity about what Australia’s future job market will look like.

“There’s a lot of concern in the minds of young people and parents of what does a career pathway look like now.

“It’s not comforting to hear the pronouncements today that young people will have several different careers.”

Regarding education, David also hopes to see policies that value teacher expertise. “We’ve spent a lot of 2020 saying we need to trust medical expertise. Can we apply that to education?”

When Covid-19 restrictions on gatherings effectively shuttered the entertainment industry at the beginning of the pandemic, Erin, who works part time as a film festival manager, was prepared to rely on unemployment payments before jobkeeper was announced.

While much of the arts sector has been excluded from jobkeeper, Erin’s employer was able to access the wage subsidy. It has meant she has kept her job throughout the pandemic, including Melbourne’s second lockdown.

Since the jobkeeper rate was cut at the end of September to $1,200 per fortnight for Erin, her employer has been able to pay her the gap between the lower rate and the previous rate of $1,500.

“Lowering the jobkeeper rate was pretty unfair, especially in Melbourne when we’re still locked down. It should be at the higher rate for us until we can reopen and then for a few months to help the recovery,” she says.

“Most of the arts industry has just been stood down this year. It’s scary to consider the future because the Covid period has reminded people of the importance of the arts.”

After a skydiving accident last year, Melbourne nurse Matthew Zammit has been temporarily working a desk job in medical compliance and thinks he’s lucky to have avoided being inside hospitals or aged care homes during the Covid-19 pandemic.

Horror stories accompanying the high death toll in aged care facilities have come as no surprise to Matthew and he hopes the budget will include immediate and long-lasting funding to address serious issues in the sector.

“There have been problems for a long time,” he says. “I’d really like to see the federal government put their money where their mouth is with aged care.”

Matthew wants to see funding that supports higher ratios of nurses and carers to residents, as well as upskilling of care staff to better handle infection control.

“The return on investment is there. Even if you just look purely at the economics, if the sector was better set up, the government would have saved on exorbitant costs in responding to some outbreaks in facilities – and that’s not to mention the lives of residents. They may have been old but they weren’t all just about to die.”

“The government is talking a lot about local manufacturing of sanitisers and masks, but the most crucial thing in healthcare is people,” he said.

© Provided by The Guardian
Shenpaha Ganesan: ‘Making change here is really in the hands of the government.’ Photograph: Mike Bowers/The Guardian


When fourth-year arts and law student Shenpaha Ganesan considers her career after university, the impact of climate change is at the front of her mind.

Shenpaha’s part-time student admin job at the Australian National University has not been affected by the pandemic, but she hopes budget decisions will take into account the current and future cost of climate change.

“It’s sad because there’s also this feeling that it’s out of my control, because making change here is really in the hands of the government,” she says.

While she hopes for a career in public interest law, she has felt environmental issues increasingly impacting on her life, – featuring in her university classes and legal considerations, and the summer’s bushfires stopping her from visiting her family in Melbourne.

“I still don’t think the government has made enough headway on this. We’ve been lucky with minerals in Australia, but we’re also lucky to have lots of sun and wind. It’s about letting go and moving onto new sources of energy.”

How MaineHealth quickly changed marketing campaigns to coincide with the pandemic

Sun Oct 4 , 2020
Jackie Drees – Friday, October 2nd, 2020 Print  | Email When the COVID-19 pandemic became widespread across the U.S. in March, MaineHealth had to quickly rethink its marketing strategy ahead of its new campaign launch then scheduled for April, according to the Portland Press Herald.  Officials at the Portland, Maine-based health system […] 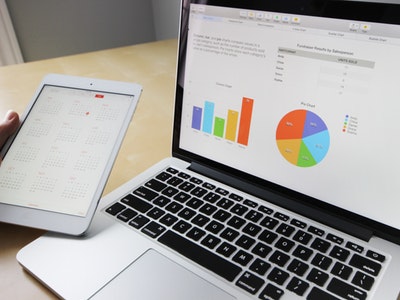