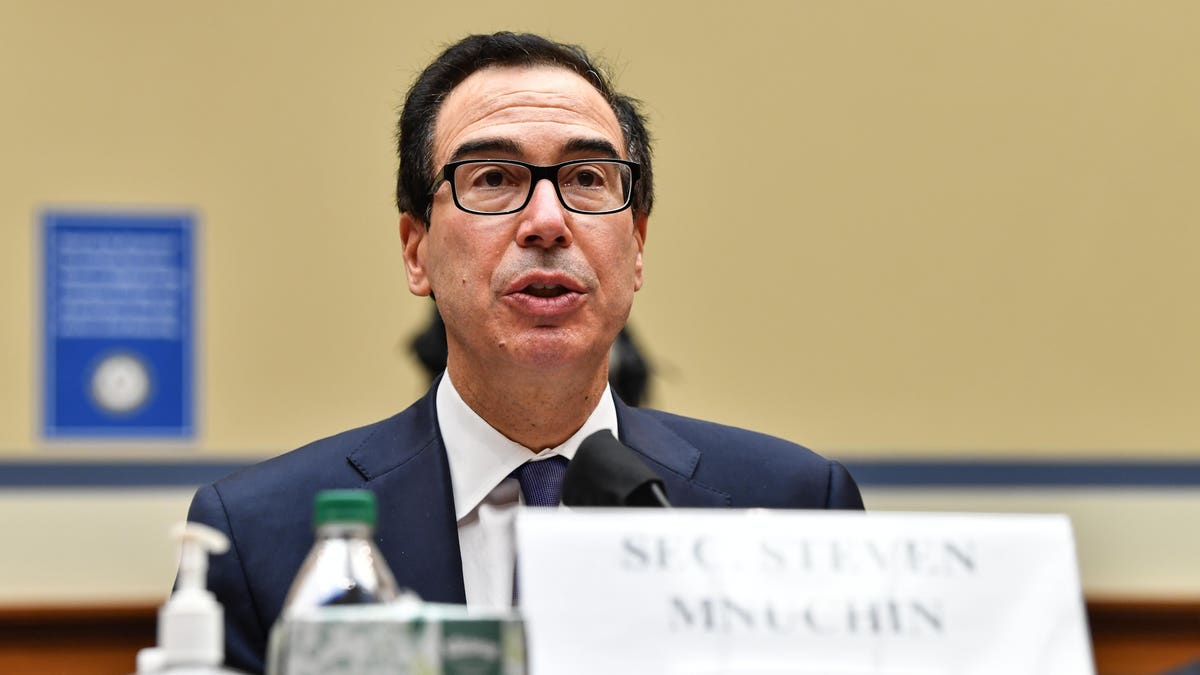 During his testimony before a House subcommittee investigating the federal response to the coronavirus crisis, Treasury Secretary Steven Mnuchin said that he supports extending enhanced unemployment benefits as well as sending out a second round of economic impact payments, describing both benefits as “critical to the economic recovery” even as he defended the Trump administration’s use of executive actions to “provide critical relief.”

A $600 per week federal unemployment supplement expired at the end of July, and a new program (established via executive order by President Trump) that would send a $300 weekly federal supplement hasn’t yet begun in most states; the funds for the new program are also expected to dry up in a matter of weeks.

The President doesn’t have the ability to authorize new spending for either stimulus checks or unemployment benefits, but Congress does.

Both Democrats and Republicans have included a second round of stimulus payments in their proposed legislation, but disagreements over the other pieces of the bill—including enhanced unemployment and more aid to state and local governments—have prevented any proposal from becoming law.

Mnuchin reiterated that he is willing to negotiate with House Speaker Nancy Pelosi (D-Calif.) “any time;” Speaker Pelosi has criticized the White House for being unwilling to compromise on the size of the bill.

Mnuchin advocated for a faster, targeted agreement based what lawmakers agree on right now.

He also said he supported a piecemeal approach that could include multiple bills rather than a single piece of legislation (something that Pelosi has strongly opposed): “we’ve done multiple deals before, we can do multiple deals again,” he said.

“We will continue to work with the Senate and House on a bipartisan basis for a phase four relief package,” Mnuchin said. “I believe a bipartisan agreement still should be reached.”

The Treasury Secretary’s hearing comes as negotiations between Democratic leaders and the Trump administration over the next round of federal coronavirus aid have been stalled for weeks. White House chief of staff Mark Meadows told CNBC on Tuesday that the biggest obstacle preventing a deal is more federal aid money for state and local governments. Democrats are pushing for about $1 trillion for states and cities alone (that’s the size of the GOP’s entire original proposal) but the White House and Republicans are only prepared to support about $150 billion in new aid.

Senate Republican Conference Chairman John Barrosso (R-Wyo.) said Tuesday that the GOP hopes to vote on a new “skinny” coronavirus relief bill next week—but even if the $500 billion package is approved by Republicans, it still falls short by more than $1.5 trillion when compared with the $2.2 trillion compromise Democrats have offered. While that bill will reportedly include more enhanced unemployment insurance at a reduced rate, it will not include another round of stimulus checks.