Jim Anderson, owner of the Meet Rack, 210 W. Drachman St., in 2007 with his trademark staff and vehicle license plate, which reads “GOD.” Every morning for years, Jim Anderson could be seen running […] 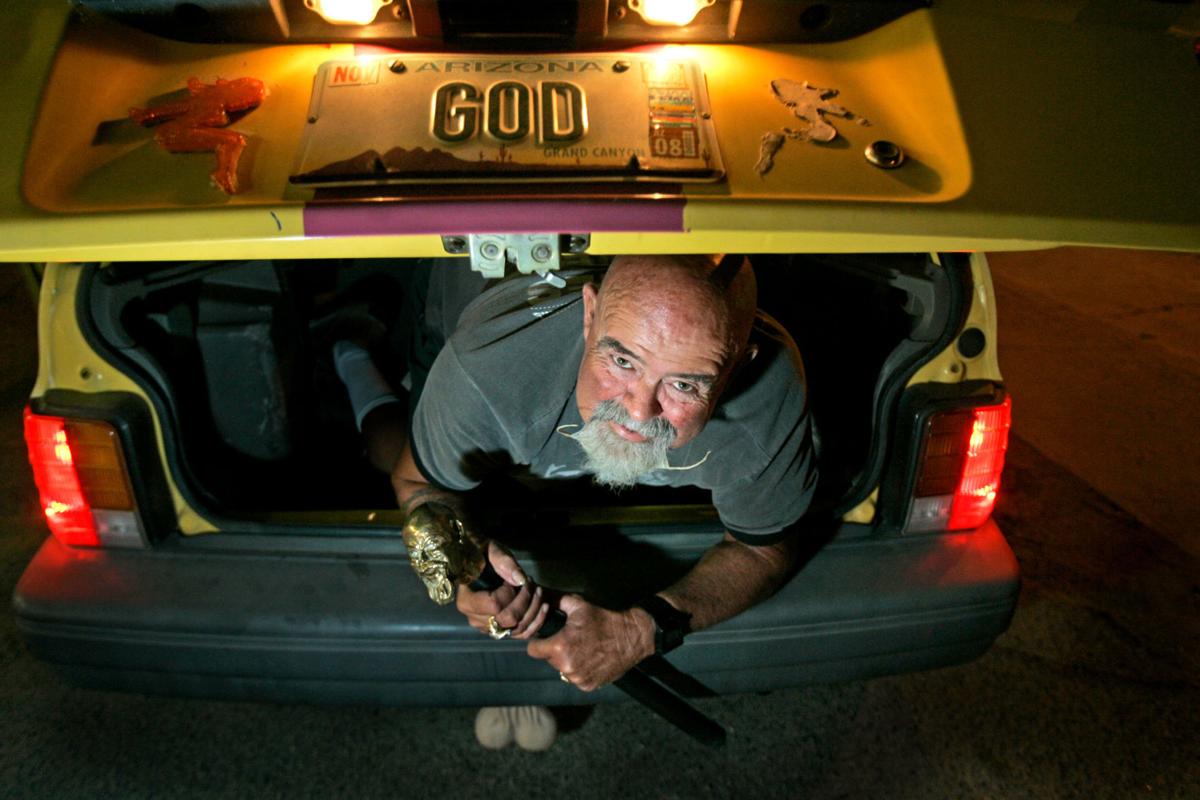 Jim Anderson, owner of the Meet Rack, 210 W. Drachman St., in 2007 with his trademark staff and vehicle license plate, which reads “GOD.” 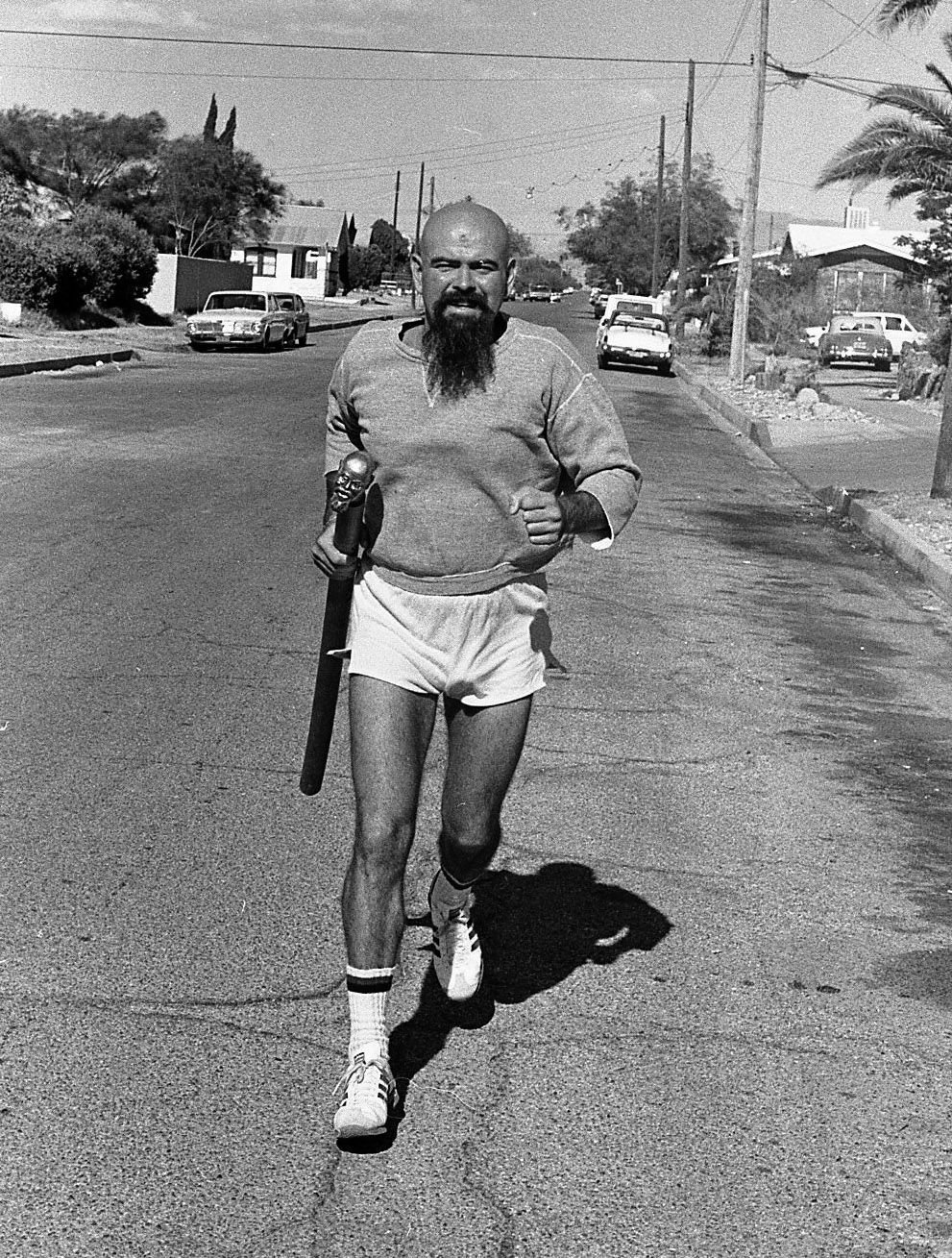 Every morning for years, Jim Anderson could be seen running down Speedway near the UA. Always followed by a loyal group of fellow runners, Anderson and the others would wave to the passing cars as they ran. A self-described “megalomaniac,” Anderson is seen here on July 7, 1977, running and carrying his trademark wooden staff, which was topped with a solid gold bust of himself. At that time, Anderson owned the bar Someplace Else, a rather unusual establishment on North Sixth Avenue. In 1979, he ran as a candidate for mayor in the Republican primary.

Jim Anderson is selling everything in his 23-year-old midtown Tucson dive bar.

There are the dozen cases of alcohol that have been collecting dust since the city and state ordered bars shut down in mid-March in response to the COVID-19 pandemic. And the kegs of beer that he hasn’t tapped into.

The pictures on the walls. Ladders. Tools. Microwaves and blenders. Glasses and plates. Tables and chairs. It all has to go by Oct. 15 when he is expected to walk away from the Meet Rack, which he has operated since 1997 at 210 W. Drachman St. and where he literally calls home — he lives in a little side room.

He is even putting up for sale — for $85 — his signature branding iron that he’s used over the past 20 years to hot brand 3,545 people with a quarter-sized likeness of his face. That number includes four people who heard that he was closing and went in to be branded Sunday.

“People came in from all over the world. I got pictures … in 35 photo albums … of people from Hawaii and Tahiti, from all over,” Anderson, who has been known to call himself “God,” said Monday, a day after announcing on Facebook that he was closing the bar for good and selling everything inside.

“I haven’t sold a drink since March,” he said, blaming his closing on COVID-19 social distancing restrictions that limit the number of people allowed inside the bar and restrict what they can do once inside. “They are telling you you can open up your bar but with 50% capacity. You can’t have a pool table. You can’t dance or congregate. What’s left? People go out to be with other people and if you can’t touch them and you have to be 6 feet away, why bother going out.”

Wed Oct 7 , 2020
WINNIPEG, AB, Oct. 5, 2020 /CNW/ – Medicure Inc. (“Medicure” or the “Company”) (TSXV: MPH) (OTC: MCUJF), a pharmaceutical company, announces that through its wholly-owned subsidiary, Medicure International Inc., it has entered into a License, Manufacture and Supply Agreement (the “Agreement”) with Reliance Life Sciences Private Limited (“RLS”) for a cardiovascular […]