For the HBK Spectris Innovation Centre in Porto, Portugal, by Studium.Creative Studio, a 1990s warehouse was converted into a workplace and expanded upon with a steel canopy leading to a new pine-clad structure for employee dining and lounging. Photography by Ivo Tavares Studio. What was once an uninspiring 1990s warehouse in […]

What was once an uninspiring 1990s warehouse in the Northern
Portuguese city of Porto is now an open, contemporary office thanks to
local firm, Studium.Creative Studio. Conceived for tech client HBK, the Spectris Innovation Centre encompasses 7,000 square feet across a single floor. Studium founder Sérgio Miguel Magalhães and creative director
Catarina Rodrigues have designed the workplace for 180 employees to embrace the stark surrounds, just a mile from Francisco Sá Carneiro Airport, but also usher in a new sense of community with elements that are flexible, vivid, on brand, and tied to locale.

For Magalhães, Rodrigues, and their multidisciplinary team, the project represented the opportunity to utilize all of Studium’s portfolio of skills, which includes architecture, branding, and product and web design. With Magalhães as the architectural lead and Rodrigues on furnishings, graphics, and palettes, their shared aim for HBK, which was formed in 2019 when HBM and Brüel & Kjær merged, was to bring the interior alive with the simplest of interventions and a tight edit of materials and color.

When HBK commissioned Studium the warehouse was entirely empty. Is a blank canvas a gift for an architect? “No, it’s terrible,” Magalhães confesses. “That was the most troubling part of the project. To develop a strategy for a building you need to study its context. The context provided here was none, zero—vacant with a non-referential relation to anything.” Furthermore, external walls were not to be altered and no additional windows or doors were allowed. “The building has a 26-foot ceiling and was very industrial,” Rodrigues remarks.

“We started with the functional goals of the office and then implemented practices that had to do with well-being, community, society—the new way to approach office design,” Magalhães continues. While the interior feels transformed, there’s no mistaking that you’re in a warehouse. It’s with the lightest touch by Studium’s team of flexible and prefab arrangements, such as lightweight, portable chairs and ottomans, partitions, and shipping containers, which punctuate, humanize, and help temper the voluminous space.

“We created a town square of sorts with the shipping containers, and those containers create viewable references,” Magalhães explains. At the office’s heart is what Studium refers to as an auditorium. An arrangement of steel bleachers and raised walkway anchored on either end by the shipping containers, one oriented horizontally, the other vertically, both used as meeting rooms, is based on the principles of an ancient Greek agora, or central public meeting space. There’s even a live Portuguese olive tree there.

The vertical shipping container provided an ideal canvas for Studium’s branding and graphic designers to flex their muscles. On two of its elevations, HBK’s timeline is plotted out in rectang­ular panels of yellow MDF linked by a circuit of neon-blue LED tubes. Inside both meeting rooms was more opportunity for branding. Perforated MDF lines their interiors, aiding in controlling acoustics and, in the same shade as the timeline rectangles, continuing the project’s dominant hue. “The yellow represents the two companies coming together,” Rodrigues says, “and warms up the all-gray envelope. Architects usually deflect color, whereas designers like to impose it. We’re in the middle, trying to create equilibrium.” Gray and blue nylon carpet tile installed throughout the meeting rooms helps with acoustics, too; elsewhere, flooring is gray vinyl.

Beyond the auditorium is a wide circulation area, which provides access to each department—marketing, software development, human resources. Here in the office area, Studium’s varied disciplines are again put to excellent use. The firm’s product-design team created the + System, a simple LEGO-like construction of MDF pieces that slot together in multiple con­figurations to create storage, partitions, and workstations—all in that saturated yellow. Bursts of green paint—coating the air ducts, covering the olive-tree planter—add a nature note. In such a huge space, lighting was also challenging. “We had two types,” Magalhães says. “Natural light from the existing but tiny windows in the west- and east-bound walls and skylights, and, of course, artificial light.” Studium added spotlights overhead and task lamps at desks, which provide a “more intimate light, almost a partition,” the architect notes.

It all feels fluid and easy to navigate: areas for teams to come together, areas for working alone. More importantly, Magalhães adds, it’s future-proofed, allowing for the business—and staff—to expand. “Phase 1.5 of the project provides the client the opportunity to develop more work space by creating a mezzanine,” he says.

But what about areas for eating and relaxing? That’s where Studium’s work is perhaps most apparent. A new freestanding structure, a rectilinear timber-clad “shack,” as Magalhães calls it, houses the staff dining area. It links to the warehouse via
a sinuous steel canopy, and also abuts the site’s storage facility. Nearby, a 20-foot shipping container functions as a lounge, complete with foosball table. “The client has decided that the center is a success,” Magalhães says. “The shack and the project overall correspond to everything we thought about strategically and financially”—and underlines the importance of connection and well-being.

Tue Sep 22 , 2020
Cowbell Cyber has announced the launch of a cyber insurance program designed to deliver coverage to address the diversity of incidents under the ‘cyber’ category. Named Prime 250, Cowbell Cyber said this is intended to deliver “on the need for clarity, simplicity, speed and flexibility” in the space, especially as […] 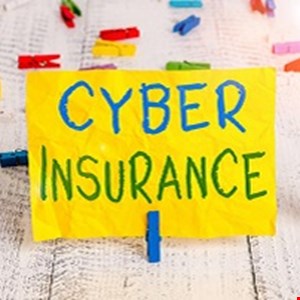