© Provided by The Gazette
The Société de transport de Montréal received a delivery of 32 new hybrid buses in December.

The city’s transit agency is forging ahead with the most costly purchase of buses in its history, despite an anticipated prolonged decline in its ridership.

The Société de transport de Montréal has ordered 830 diesel-electric hybrid buses from St-Eustache-based Nova Bus at a cost of $941 million. That includes 300 buses the STM will add to its overall fleet to boost its service; the rest are replacements for older buses. The agency began receiving the buses last December and will continue receiving them until 2024.

The STM is also going ahead with plans to hire 200 additional bus drivers by the end of the year, in contrast to many transit agencies around the world that are cutting back on their service and laying off employees.

Ridership on the city’s buses nosedived by about 90 per cent at the height of the pandemic, and is still about 75 per cent lower than it was before March. The STM anticipates ridership levels will return to their pre-pandemic levels by 2023.

Snowdon councillor Marvin Rotrand, a former vice-president of the STM’s board, said the decision to go whole hog on the bus purchase is irresponsible.

“Expanding the fleet by 15 per cent at a time when ridership is down 75 per cent will not suddenly fill the buses,” Rotrand said. “And I think Montrealers will see this as wasteful and reckless.”

STM spokesperson Philippe Déry confirmed the STM still plans to add 300 buses to its fleet, but their delivery has been delayed by several months because the pandemic caused interruptions on the factory line. All 300 of the buses that will be added to the overall fleet will be delivered sometime next year, he said.

Déry also said the STM doesn’t anticipate diminishing its bus service in the coming months or years, saying it will remain “relatively stable,” despite an order from the Autorité régionale de transport métropolitain for all transit operators in the region to trim their budgets. That means Montrealers will see a lot of empty buses driving around, Rotrand said.

Rotrand said the agency’s brass should have put a pause on the purchase as soon as the pandemic hit and it became clear that ridership would be affected.

The expansion of the fleet has caused the STM to hasten renovations on several of its transport centres and to build two new ones so it has space to park all the buses. Those projects will cost about $800 million.

However, Déry responded that cancelling the bus purchase and restarting it when ridership levels return to normal in three years would be “inefficient,” considering the financial penalties that would be incurred and the fact that it takes two years for buses to be delivered after they have been ordered.

Déry said with the 300 additional buses, the STM will be ready for the time when ridership returns to its pre-pandemic levels, and it will have enough buses to serve transit projects now under construction, like the Réseau express métropolitain, scheduled to come into service in 2022, the SRB Pie-IX and the expansion of the métro’s Blue Line. 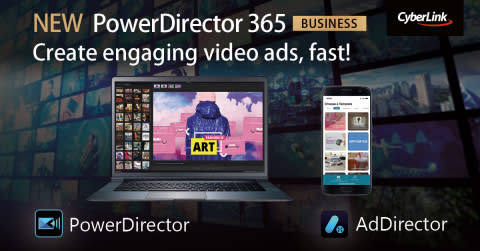