After Graham Weston caught the novel coronavirus from his son, who hadn’t shown any symptoms, the San Antonio tech entrepreneur realized the role of “silent spreaders” demanded more attention.

He and other prominent philanthropic leaders in the city formed a new nonprofit with the express purpose of screening hundreds and eventually thousands of people to identify who is infected and asymptomatic and keep them from unknowingly spreading the virus.

The larger goal is even more ambitious: deliver an effective way of supporting society’s recovery from the pandemic.

“We can never really suppress the virus and give people the confidence to go back (to school or work) when we have silent spreaders walking through our population,” said Weston, founder of the 80 | 20 Foundation and former CEO and chairman of Rackspace Technology.

The nonprofit, called Community Labs, has adopted a new approach to testing that focuses on micro populations in shared places, such as area schools and businesses.

It is using an existing test developed by Thermo Fisher Scientific. The polymerase chain reaction, or PCR, test relies on a sample taken from the front of the nostril — easier on the person getting tested. Results will be available within 24 hours, far faster than many providers of coronavirus tests, the nonprofit’s leaders said Thursday during their announcement of the initiative.

The nonprofit will pilot the testing effort in the Somerset Independent School District. It has the capacity to process 600 tests a day and aims to scale up to 12,000 tests a day by November, with the goal of lowering the price to $35 per test.

Community Labs is working with BioBridge Global, which houses the nonprofit and conducts the testing in collaboration with UT Health San Antonio. BioBridge, which operates San Antonio’s blood bank, owns its own lab located off of Interstate 10 near Vance Jackson on the West Side.

Experts estimate that up to half of people who contract the coronavirus may display no symptoms, said bank executive J. Bruce Bugg Jr., chairman and trustee of the Tobin Endowment and co-founder of Community Labs. While hospitals have widely screened patients for the coronavirus when they are scheduled for surgery, federal and local health officials have largely prioritized testing people with symptoms.

It’s an approach that has persisted since early on in the pandemic, when testing for the coronavirus was severely limited by regulatory, processing and supply chain bottlenecks. Health departments, including the San Antonio Metropolitan Health District, initially focused their efforts on people who were severely ill, those with classic symptoms and frontline workers.

Metro Health briefly tested asymptomatic people in the community earlier this year but halted the effort when a surge of cases over the summer caused demand for testing to skyrocket.

While testing those with symptoms may help diagnose people with COVID-19, it does little to halt chains of transmission that stem from asymptomatic carriers. To fill that testing gap, Community Labs is taking the “exact opposite” approach, Bugg said.

He said the goal is to create a strong testing model that screens for asymptomatic carriers that can be replicated and applied in cities across the state.

Community Labs’ approach hinges on quick turnaround times, which are not typical with the traditional testing. Waiting a week for results would render the value of testing asymptomatic people moot, Weston said, as they won’t know to isolate themselves and could already have spread the virus to others by the time they learn they are infected.

Earlier this year, federal regulators granted an emergency use authorization for the coronavirus test that BioBridge is using.

On ExpressNews.com: San Antonio students are back in classrooms — very different classrooms

Somerset ISD, a seven-school system in rural Southwest Bexar County, was selected as a demonstration site after its superintendent, Saul Hinojosa, agreed to participate.

With about 40 percent of all students having returned to school for in-person learning, the district will begin testing students and staff Wednesday, starting with students involved in extracurricular activities, all high school staff and all nurses and police officers. Only students whose parents sign a consent form will be tested at school, Hinojosa said.

The goal is to test as many students as possible so that they, their parents and staff feel comfortable returning to school. If everything goes according to plan and enough students agree to get tested, Hinojosa said, the entire district could be back learning face-to-face earlier than expected.

“We need students in the classroom because that’s where they learn best, and we hope that this strategy will lessen the concern on parents, along with the anxiety, to where they feel confident that the school campus is a safe environment for the kids,” he said.

Unlike the deep nasal swabs that have been used to collect samples for many coronavirus tests, the test used by Community Labs uses a sample that’s simpler and far less invasive to collect. Participants rub a small Q-tip inside each nostril for five seconds before dropping it into a test tube.

Community Labs was co-founded by Weston, Bugg, and J. Tullos Wells, managing director of The Kronkosky Charitable Foundation. Weston is serving as chairman, while Bugg and Wells are vice chairmen.

The three foundations have have contributed a combined $2.5 million to start the nonprofit.

Love working from home? Here are 20 of the best jobs and careers for being remote

Fri Sep 18 , 2020
The coronavirus has forced — or, maybe inspired? — us to judiciously reconsider everything from where we live to what we value most in our homes. Amid shutdowns and evolving safety guidelines, businesses have swiftly adopted new business models, selling subscription boxes and going virtual to stay connected with customers during These Unprecedented Times. We’ve also become more thoughtful neighbors and enthusiastic cheerleaders […] 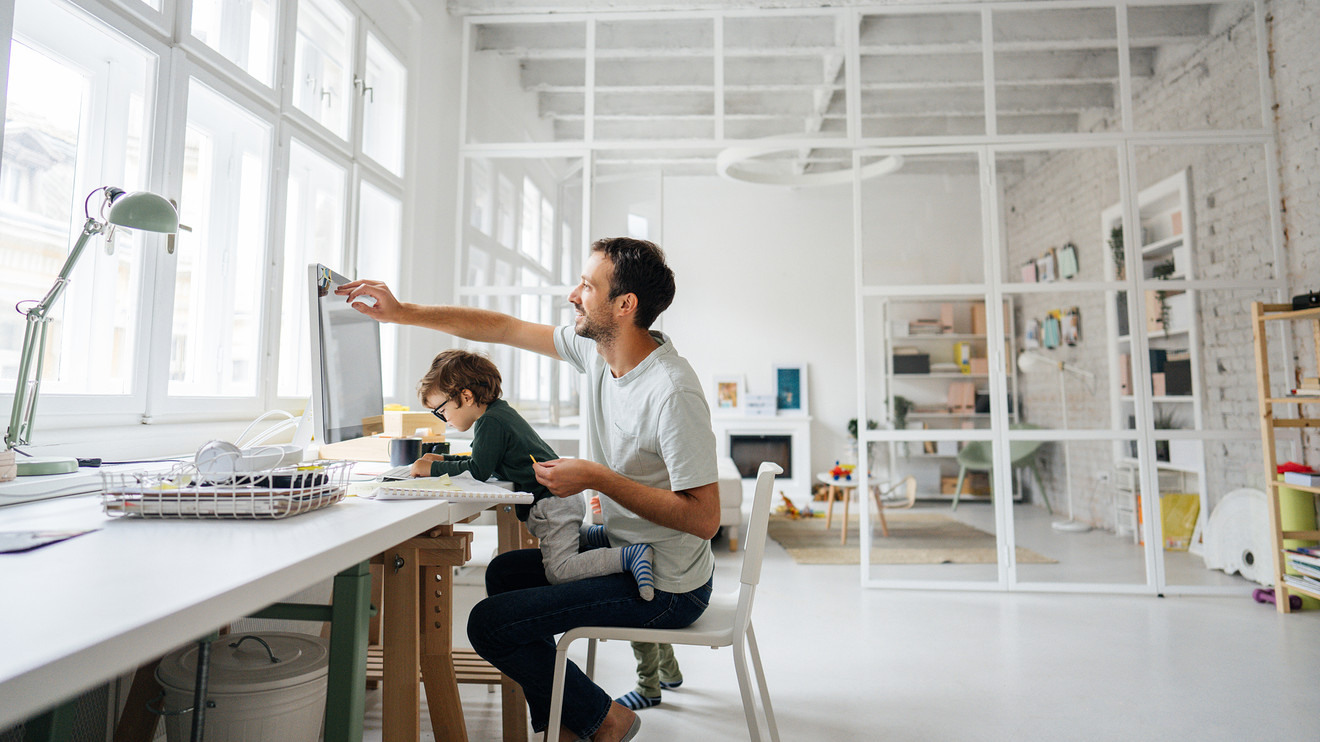