The last quarter century, which saw major economic crises every few years, should be seen more as a crash of the discipline of economics than anything else. The future we see around us tells us that global socio- political-economic realities have changed, but economists are still wringing their hands in […]

The last quarter century, which saw major economic crises every few years, should be seen more as a crash of the discipline of economics than anything else. The future we see around us tells us that global socio- political-economic realities have changed, but economists are still wringing their hands in despair over the impending demise of free trade and the rise of protectionist policies. But protectionism isn’t a problem, it is a desperate remedy that accountable politicians have been eager to grasp, while unaccountable economic experts offer no better solution than the endless printing of money. Economists no longer seem to understand the complex realities engulfing us.

In a world where cheap capital-financed technology is adding more to gross domestic product (GDP) than almost any other factor of production, we have to internalize some observable truths: One, human skills will always be trumped by machines. This implies that jobs depend on making human skills compatible with what machines and computers already do much better. Two, skill demand will be extremely polarized, with high demand for super-skills, and low demand for middle skills, and reasonably high demand for easily learnable skills. This is the essence of our jobs crisis, and the solutions don’t lie in lowering taxes or providing cheap money to zombie firms. Three, all the material things needed for human survival already exist in abundance. It is only their distribution that is the problem. Four, large parts of the real output of goods and services are moving into the non-monetizable part of the economy, and hence disappear from GDP. The proverbial homemaker economy, where real services are provided without showing up in GDP numbers, is now spreading beyond gender-based distribution of paid and unpaid work.

The last point can easily be demonstrated in the world of media, where there is an organized sector with an advertising-driven business model. But this model is under attack from millions of “free” publications and blogs that individuals and non-profit micro-companies produce. According to one estimate, there are now more than 500 million blogs that produce more than two million posts daily. Very little of this free output is showing up in GDP. Most large media houses have also become partial non-profit organizations, as they make much of their money from activities beyond their core business.

These observed facts point us in one direction: that the new global economy will rapidly polarize between a market economy dominated by firms that produce goods and services efficiently, and a non-market economy that needs to exist so as to find “work” and distribute incomes or goods and services, almost like non-governmental organizations (NGOs). The market economy is reliant on the expansion of non-state services financed by profits or wealth generated within. In the years ahead, we will probably see a dramatic expansion of the non-market economy, something that free-traders and globalizers don’t seem to see as factors in their economic forecasts.

Today, many governments focus on make-work (like our rural employment guarantee scheme) and income-distribution schemes unrelated to work, from a universal basic income to cash payouts of the kind the Narendra Modi government is now making to farmers and female Jan Dhan account holders. Some of these are camouflaged as loans, which may soon go bad and need writeoffs and waivers. If we are asking corporates to compulsorily allot 2% of net profits to social activities, again this is a free income or services scheme. Zombie firms that exist only because of cheap liquidity are also non-profits kept alive for social and political reasons. The market economy may come to depend on the rapid expansion of such non-government and zombie firms.

This means non-profits will be crucial for social cohesion and harmony. As a corollary, governments need to make this sector more efficient and vibrant, and as deserving of deregulation as the mainstream corporate sector.

The number of non-profits is rising dramatically because of a huge unmet demand for public goods and services. A Central Bureau of Investigation survey in 2015 found there were more than 3.1 million registered NGOs. The current number could be around 3.5 million. We have one NGO for every 400 citizens. Most of them may be poorly run, with some even created for shady purposes like money-laundering and vote-buying. Since many NGOs exist only to achieve single goals—preventing pollution or saving wildlife—their activities could get in the way of profitable economic processes. Despite the apparent legitimacy of anti-pollution concerns, the short-term outcomes can be economically negative—as the closure of a Sterlite plant in Tamil Nadu shows.

However, there is little doubt that the non-profit sector plays a huge role in the economy. It needs better regulation, enlightened leadership and greater professionalisation to deliver healthy social and economic outcomes when the market economy is failing to do its job. The NGO-ization of economies is irreversible. We should focus on making them more responsible and productive, and less obstructive.

Tue Sep 15 , 2020
Money expert Ja’Net Adams offers three tips to help college students trying to prepare financially for the unexpected during COVID-19 GREENSBORO, N.C. — College is back in session and for the most part, students are back on campus. There is no question the school year is different, which means financially […] 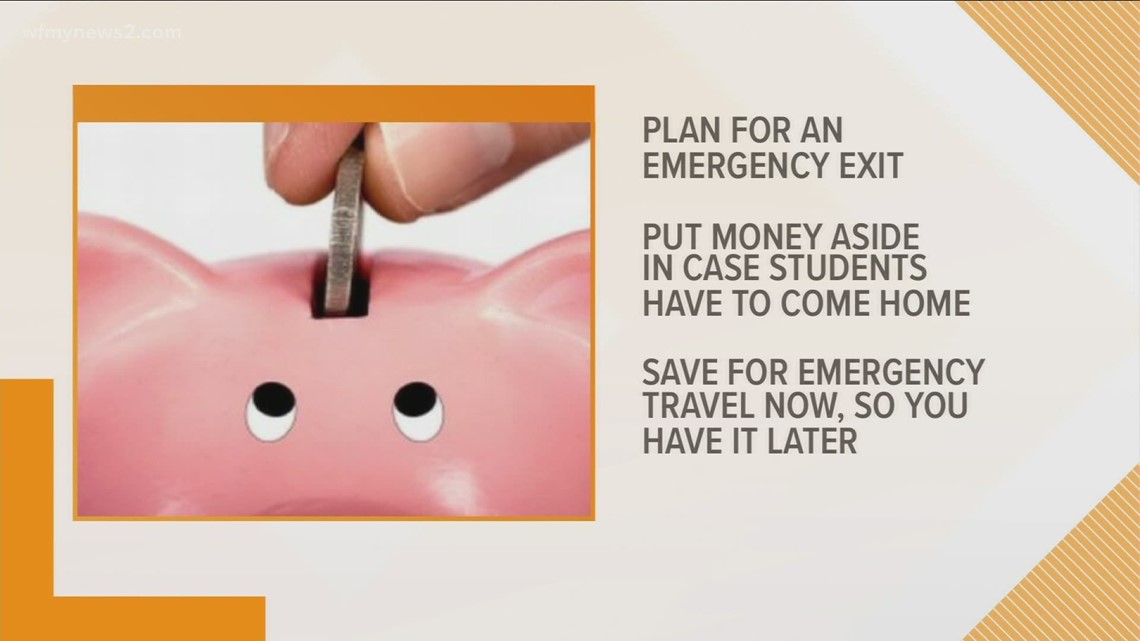