“Why can’t newspapers be like public radio?” people often ask me. What they mean is: “You should become a nonprofit and rely on donors.” That’s not a crazy idea. Plenty of civic organizations survive on the goodwill of the community. Public radio and television, orchestras, museums and social-service organizations all […]

“Why can’t newspapers be like public radio?” people often ask me. What they mean is: “You should become a nonprofit and rely on donors.”

That’s not a crazy idea. Plenty of civic organizations survive on the goodwill of the community. Public radio and television, orchestras, museums and social-service organizations all rely on generous donors. Yet the nonprofit model is exceedingly rare among newspapers. Despite the clear community good of a locally owned free press, most newspapers are for-profit ventures — or at least designed that way. They did quite well for a long time. Just a couple of decades ago, people likened owning a newspaper to a license to print money.

When the owner of the Tampa Bay Times donated that newspaper to the nonprofit Poynter Institute back in the 1970s, it was so that revenue from the newspaper could fund the institute’s work supporting journalism. Today, the money mostly flows the other way.

In the past few years, two major newspapers — The Philadelphia Inquirer and The Salt Lake Tribune — have gone nonprofit. The industry is watching them with interest.

The Inquirer mostly became a nonprofit in 2016 when its owner, Gerry Lenfest, donated 99% of the stock to a nonprofit institute that now bears his name. The remaining 1% is held by a board of the for-profit newspaper. It doesn’t actually generate a profit these days, instead putting all revenue into staff and operations. Lenfest also gave $20 million to create an endowment, which certainly eased the transition.

The Inquirer sells ads and subscriptions to fund operations. The Lenfest Institute receives support from hundreds of donors, many of whom earmark their contribution for the newspaper.

He thinks that other newspapers could replicate the Inquirer model. “There are wealthy people in every community who care about journalism,” he said. “The key is to get people to recognize that journalism is a community asset in much the same way that museums and libraries are and the other public trusts to which they generously donate.”

The Salt Lake Tribune took a slightly different approach. It received permission from the Internal Revenue Service to go nonprofit just last fall. Unlike the Inquirer, its owner gave the whole thing to a new community nonprofit organization.

“It’s not for the faint of heart,” said Fraser Nelson, Tribune vice president of business innovation, describing the change. That hasn’t stopped a lot of newspaper owners from reaching out about how they can do something similar.

The problem is that they tend to overlook one important detail. “What trips people up is that someone who owns the paper currently has to give it away. They won’t extract profit anymore,” Nelson said.

Such generosity, I suspect, is rare. A metro newspaper, despite not generating profits like it used to, still is worth millions. That’s a lot to give away.

The Tribune now has a board that represents the community and makes the big decisions about the business. Daily news operations are left to the professional editors and journalists on staff. To comply with federal rules about nonprofits, the newspaper no longer endorses political candidates, but it does still run editorials.

In the months since the switch, the Tribune nonprofit has raised more than $1 million in donations that ranged from $1 to $50,000. Subscribers still pay for print or digital subscriptions. The donations are tax-deductible, additional contributions.

The nonprofit model also allowed The Tribune to become more community-focused. “It’s given us an opportunity to rethink and expand our definition of community engagement,” Nelson said. “As a nonprofit, we have a heightened responsibility to reflect the diversity of the community we serve.”

A crucial element of the nonprofit model is journalistic independence. Donors have no say over news coverage, and both newspapers have a firewall between the nonprofit, and day-to-day reporting and editing.

Both Nelson and Boardman cautioned that becoming a nonprofit isn’t a panacea. Many of the challenges that newspapers face still apply, including declining subscription and advertising revenue. Their respective nonprofits also took a hit from the pandemic. Donors have become more cautious during the economic crisis.

Still, Boardman and Nelson are bullish on the nonprofit model for other communities. It’s not the only path toward a sustainable future, but so far these two experiments have shown that it is a viable one.


Christian Trejbal
is an award-winning Portland, Oregon, based editorial writer who writes about saving the free press. Email: [email protected]

Unusual tips and tricks to save more money, from financial planners

Fri Sep 11 , 2020
Personal Finance Insider writes about products, strategies, and tips to help you make smart decisions with your money. We may receive a small commission from our partners, but our reporting and recommendations are always independent and objective. Want to save more money but just can’t seem to make savings a […] 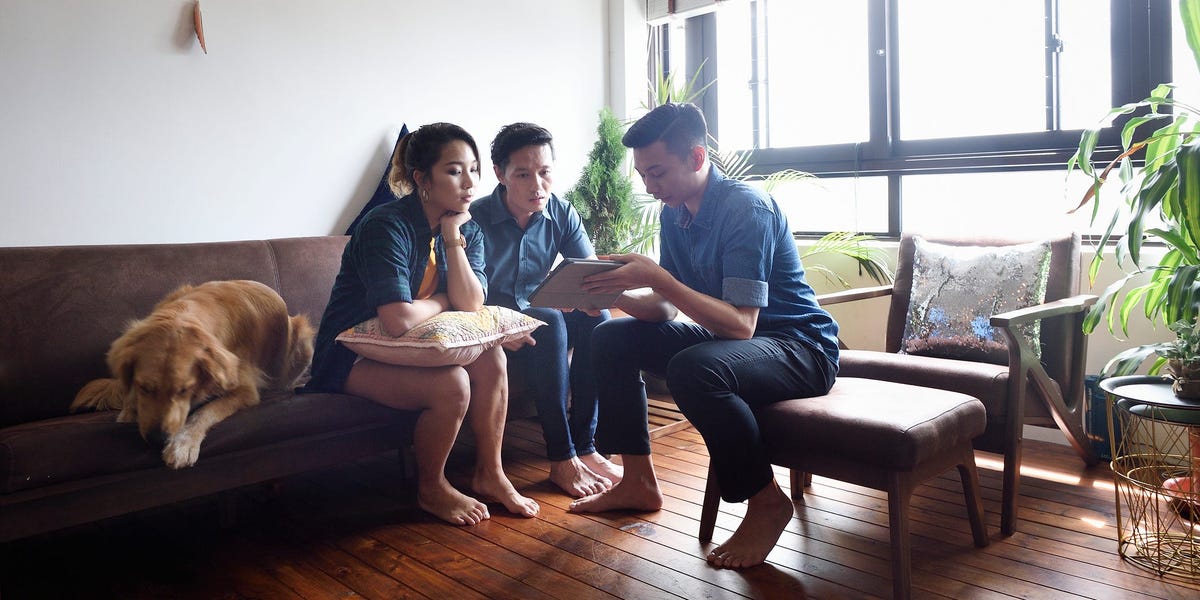