It wasn’t that Zeta Annear didn’t like being a dinner lady. The children were lovely and the school felt like a community. It was straightforward work – because her school was small, all Annear had to do was collect cooked food from a nearby, bigger school, dish it out, then […]

It wasn’t that Zeta Annear didn’t like being a dinner lady. The children were lovely and the school felt like a community. It was straightforward work – because her school was small, all Annear had to do was collect cooked food from a nearby, bigger school, dish it out, then wash up. But the 39-year-old mother of three from Cornwall always felt as if something was missing. “I felt like I wasn’t using my brain whatsoever,” Annear says. “As much as I loved the teachers, the children and the people, I needed more.”

Annear has wanted to be a nurse since she was a child. Her desire to work in healthcare was reignited when she lost her daughter Sophie, who was stillborn, in 2010. “My midwife was absolutely phenomenal … even though I was going through the most horrendous experience ever, she made me feel like everything was OK,” Annear says. “Ever since then, I have wanted to be the person who made someone feel like things were OK.” But life always got in the way; Annear’s husband is in the navy, so he is often away, and she needed a job that fitted around the kids.

Then lockdown hit, and Annear had time at home to think about what she wanted from her life after taking leave from her job. Her children were older, her husband had been given a long-term posting in the UK before Covid-19 hit – now was the time. She handed in her notice at the school in May and enrolled on an access course, to retake her GCSE maths, starting in September. Once she has completed it – “I hate maths so much,” Annear says – she will begin her nurse training. It is a huge change in her life and it is all down to the coronavirus pandemic. “If Covid hadn’t happened,” Annear says, “I wouldn’t have done it. Because it’s easy, isn’t it? You get up in the morning, you drop the kids at school, do your job, come home. Life is simple, organised. It rolls on. I wouldn’t have rocked the boat.”

Annear is one of the many people using the enforced downtime of lockdown to contemplate their working lives and choosing new careers in healthcare. The NHS’s Health Careers website saw huge amounts of traffic between March and June: page visits to nurse-training materials rose by 138%, while there was a 103% increase in people seeking information about becoming a paramedic. Ucas data from June showed a 16% increase in the number of people who had applied to study nursing and midwifery in England compared with June 2019, while the number of new nursing applicants between January and June was 63% higher than the same period in 2019. There was also a 5% increase in medical school applicants at English universities between June 2019 and June 2020.

“It’s not terribly surprising,” says Prof Paula Caliguiri of Northeastern University in Boston, US, and the author of Get a Life, Not a Job: Do What You Love and Let Your Talents Work for You. Stuck at home, unable to leave the house during those early, fear-filled months of lockdown, many people looked at the images of doctors and nurses being beamed on to our screens and thought: “I want to be a part of that.” “Humans are motivated by looking for a sense of belonging and purpose,” says Caliguiri. “One profession enabling connection right now is healthcare.”

For Hayley Gregory, a career in midwifery offers exactly that: a sense of belonging, of being on a team, of having a vocation. “With the whole Covid situation, you see nurses and doctors putting their health and families to one side, and doing everything for other people, and that appeals to me,” she says. “I want a job that fulfils me and is rewarding.” Gregory, who is 32 and lives in Derby, works as a credit controller. “I’ve always enjoyed my job,” she says, “but it’s just a job. I don’t get much out of it. It’s not that I’m unhappy. But I want to do a caring role.”

Like Annear, Covid gave Gregory, who was furloughed from her job in April, an opportunity for self-reflection. “Being on furlough makes you slow down,” she says. “It made me think about what I actually wanted to do. Both my kids are in school now. It was a chance to do something for myself.” Gregory starts an access course at the University of Derby in September and hopes to begin her midwifery training the following year.

It also doesn’t hurt that healthcare is a recession-proof career. “Money and stability come into it,” says Annear. “I don’t want to keep earning £500 a month. I’d like to earn a decent amount and enjoy my later life with my husband.” As we enter the biggest economic downturn since records began, many people are casting around for something stable. “I am grateful for the opportunity to have a job,” says Henry Newbury, 28, from Southampton. Before Covid-19 hit, Newbury worked as a musician, as well as running open-mic nights. “All the venues closed and the bulk of my work disappeared,” he says.

Newbury started working as a healthcare assistant at Southampton general hospital in April. He helps patients wash, use the toilet, fetches them cups of tea and makes sure everything is clean. Had it not been for the pandemic, Newbury wouldn’t have considered a career in healthcare. “If things were different I don’t think I’d have done it,” he says. “It just happened that the opportunity was there – healthcare assistant positions seem to be available in the NHS.” He finds his new job fulfilling, even if he does miss playing live music. “That’s my first love,” he says. “But the ward I am on and the staff are all beyond brilliant … it’s very rewarding.”

One advantage of changing careers to healthcare later in life is that you may already have many of the skills required to be a caring, diligent practitioner. “I definitely have transferable skills,” says Gregory. “In my job I deal with people of all different levels, as well as suppliers and customers. I think that will help me when it comes to working with people like consultants and senior midwives on my team.” Newbury uses the skills he honed hosting open-mic nights to build a rapport with his patients. “When you talk to a crowd,” he says, “you need to assess people’s emotions, and try and make them laugh. Speaking to patients, I try to say things to make them feel better, or judge what they find funny.”

More than anything, the pandemic has helped us to give healthcare workers the respect and recognition they deserve. “My housemates said: ‘Everyone is clapping for you on a Thursday!’ I said: ‘They aren’t clapping for me. They’re clapping for the people who’ve worked for 20 or 30 years in the NHS.’” Seeing the NHS up close has filled him with awe for those who work in it. “Before I went into this job I already thought healthcare staff are the most caring people in the world. Then I started working and I saw that they actually are. They work so hard.”

Public support for the NHS is at record levels. A July poll, commissioned by Unison, found that 69% of the public think that all NHS staff deserve a pay rise before the end of the year, with 39% of respondents believing that they should receive an immediate pay rise. And why shouldn’t they? During the darkest days of the pandemic, the NHS rose to the challenge magnificently. “I have friends who work in the NHS,” says Annear. “I wish I could be working with them. I see them in their uniforms and I think: ‘I want to be a part of that.’”

Caliguiri wonders whether those who change careers to healthcare this year will stay, when the rush of belonging to an Avengers-style team of doctors and nurses fighting a deadly pandemic wears off. “It reminds me a little bit of the enlistment statistics right after 9/11 in the US,” she says. “The military hit their recruiting goals really easily between 2001 and 2005. The zeitgeist was all about the military and patriotism. But by 2005, it had dropped off. It wasn’t sustained.”

But Annear is confident that nursing is a career that will stick, for her at least. “I don’t want to blow my own trumpet,” she says, sounding abashed. “But I do think it will be a good career choice for me. I love helping people and looking after them.” If Annear fulfils her dreams of being a dedicated NHS nurse, we will have Covid-19 to thank for it. 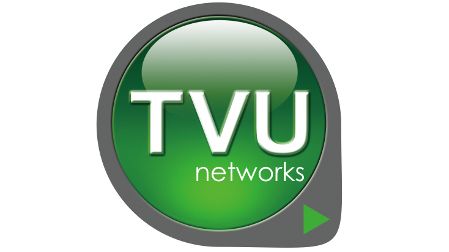