Former Craighead County Clerk Kade Holliday was arrested again on Thursday on a new theft charge concerning nearly $14,000 stolen while serving as de facto treasurer for a local nonprofit group, according to an official with the sheriff’s office. The latest arrest follows Holliday’s arrest over the summer in the […]

Former Craighead County Clerk Kade Holliday was arrested again on Thursday on a new theft charge concerning nearly $14,000 stolen while serving as de facto treasurer for a local nonprofit group, according to an official with the sheriff’s office.

The latest arrest follows Holliday’s arrest over the summer in the theft of funds from the county while serving as clerk.

Holliday, 32, was released on his own recognizance after his arrest Thursday, according to Capt. Aaron Davis, an official with the sheriff’s office. He faces a theft of property charge regarding property worth more than $5,000 and less than $25,000, Davis said. His next court date is in late November, according to Davis.

Holliday resigned his position as county clerk June 29 and was arrested the following day on multiple counts of felony theft of property and one count of abuse of public trust. Under an agreed-upon consent judgment approved earlier this month, Holliday must repay the county more than $1.4 million of the nearly $1.6 million he is accused of stealing.

Authorities had accused Holliday of transferring funds from the county’s payroll holding account to his personal bank account on a dozen occasions.

The president of the nonprofit, Jeff Morris, told Jonesboro news station KAIT in July that the group filed a report with the sheriff’s office after discovering thousands of dollars were missing from the organization’s bank account following Holliday’s initial arrest.

According to a copy of the probable-cause affidavit provided by Davis, Morris along with Katherine Calaway, the nonprofit’s vice president, reported July 1 to authorities that the organization was missing between $15,000 to $20,000 that came from club dues, membership fees and money from a fundraiser.

A search warrant executed on the nonprofit’s First National Bank account showed Holliday deposited $13,975, only to withdraw or transfer all but $6.78 to accounts belonging to him.

In a telephone interview Thursday afternoon following Holliday’s arrest, Morris called the situation “extremely, extremely frustrating.” He said Holliday took advantage of “a lot of people” in the community.

Morris, who lives in Jonesboro, said the organization came to rely on Holliday to manage the group’s money because he was a friend.

Additionally, with Holliday serving as the county clerk, “my understanding was that he had a degree in finance and had a master’s in finance — had his MBA — and was actually … one dissertation away from his doctorate in finance,” Morris said. “And so since Kade had such a vast history in the field of finance, you know, he was trusted throughout the community and he was a good fit for our treasurer.”

Morris, 27, serves as projects director in the state for the office of U.S. Sen. Tom Cotton in addition to his work for a web design venture, Natural State Digital Solutions.

He said he hopes the nonprofit can recoup funds through restitution as the case moves forward, but described himself as pessimistic because of the relatively small sum of money at issue. 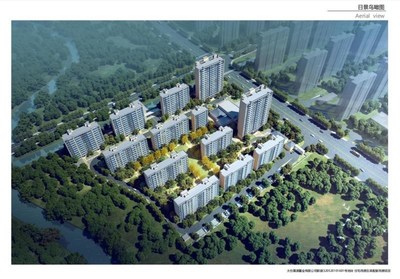