This is the fourth article in a five-part series exploring what’s next for foundations and nonprofits. Bernholz and several experts will join us for two live briefings in the fall to discuss the ideas in these columns and take questions. Watch your email to get information on how to join […]

This is the fourth article in a five-part series exploring what’s next for foundations and nonprofits. Bernholz and several experts will join us for two live briefings in the fall to discuss the ideas in these columns and take questions. Watch your email to get information on how to join us for the first session on October 1.

Nonprofits, foundations, political organizers, street protestors, and each of us as individuals are dependent on the digital world. We rely on hardware, software, and digital networks to work, shop, entertain, connect, pay bills, and organize. And that was before the pandemic forced many people to figure out how to manage nearly every aspect of their lives remotely.

Our dependence on digital systems — almost all of which are commercially owned and government surveilled — reduces the notion of an independent space for civic action to a farce.

This digital dependence, like the tax system discussed previously in this series, is another toxic element of the soil that feeds today’s nonprofit and philanthropic organizations. Digital copies of your organization’s documents, financial information, community and donor information, coalition plans, and video-conference board meetings live on big tech’s servers and are controlled by their rules.

This data collection is no longer limited to the time you spend on keyboards staring at screens. The hype about 5G, the Internet of Things, and Smart Cities is a techno-optimistic way of describing a reality in which the internet follows you when you move through city streets, across a plaza, or in a park, whether to picnic or protest. Companies such as Palantir, Clearview AI, and Axon power the security in buildings, the spot counters in parking garages, and the tag readers on office buildings. We leave digital trails when we actively go online and when we go outside.

It’s a useful visual to imagine the work done by all the nonprofits, foundations, political groups, and protestors in the country as a few folders on the hard drives — otherwise known as the “cloud” — owned by Amazon, Google, Microsoft, Facebook, Clearview AI, and Axon. There is nothing independent in this scenario. Civil society, nonprofits, and foundations are subsumed in a digital world dominated by governments and companies.

A few nonprofits, such as the American Civil Liberties Union, the Leadership Conference on Civil and Human Rights, and Fight for the Future, which organizes campaigns for digital rights, have tracked the digital trackers and fought to protect civil liberties in digital spaces for decades. Most, however, have allowed themselves to be seduced into ever expanding dependencies. Corporate philanthropic gifts of free or low-cost software, cloud storage, or hardware (think “Tech for Good” programs) are visible signs of this seduction. Financial contributions from these companies further entangle nonprofit organizations, which become loathe, for example, to seek municipal broadband when cable companies donate to their annual fund.

If nonprofits and foundations want to continue to think of themselves as independent from the market and the government, they will need to embrace alternative technologies, new digital organizational forms, and a commitment to creating public policies that enable the safe use of digital platforms by those taking collective actions. Fortunately, promising efforts are already underway in each of these areas.

This series draws from the work of many activists, writers, filmmakers, and scholars beyond those linked to in the individual articles. This list offers a fuller picture of all those who inspired this series.

Alternative technologies. Two of the most pervasive pieces of software in use today — Mozilla’s Firefox browser and Open Whisper System’s Signal messaging system — are built and maintained by nonprofit organizations. These tools, and the organizations and communities that support them, exist to provide accessible, privacy-protected, noncommercial alternatives for browsing the web or communicating with family, friends, and communities. Similarly, efforts such as the Open Voice Assistant Lab and the Common Voice project aim to protect privacy and encourage competition in the fast-growing area of virtual-assistant technology.

New organizational forms. Entities such as civic data trusts, data collaboratives, and open collectives allow digital data to be used safely and effectively to advocate for change. Think of these as land trusts for data. A group of people — say those volunteering as Covid-19 vaccine testers — could create a trust, appoint trustees who represent them by age, geography, race, gender, and other characteristics, and determine how their data is used. The trust holds the rights to the data, and the trustees would negotiate access to those data rights according to trust law and the original agreements. This would provide legal protection to use the data for medical research, for example, but not for the needs of law enforcement or immigration authorities.

Such organizations remain rare today. But just as the B Corporation movement accelerated socially positive commercial activity in recent years, this is an ideal moment to accelerate the growth of digitally positive organizations. After all, as historians Jonathan Levy and Naomi Lamoreaux have explained, the nonprofit corporation itself emerged from 19th-century negotiations between profit-maximizing investors and state governments. The modern foundation was born of a 20th-century legislative compromise between the U.S. Congress and the State of New York regarding the creation of the Rockefeller Foundation. Likewise, this is the time to imagine and collectively create 21st-century organizations that help people contribute their private data for public benefit.

Better public policy. The legal landscape surrounding digital data is broad and complex, covering seemingly distinct domains such as intellectual property, freedom of information, broadband access, and the rights to privacy, assembly, and expression. Luckily, nonprofit organizations ranging from the ACLU to Wikimedia are already providing critical expertise and advocacy on these issues. And associations of libraries and public broadcasters, media-justice and civil-rights groups, environmental advocates, and human-rights lawyers are finding common ground on digital public policies ranging from net neutrality to encryption.

Our digital systems are here to stay. We need tools, organizations, and laws that protect our rights to assemble, associate, and express ourselves as we choose — not as we are dictated to by corporate or government entities.

Democracies fall when there is no space outside the market or governments for people to gather, speak, take action, create, and care for each other. Civil society’s purpose is to provide this metaphorical space. It is time to ensure that we have the same opportunities in a world awash in digital data. Simply put, digital public policies are now the policy agenda for the nonprofit and philanthropic world.

Lucy Bernholz is senior research scholar and director of the Digital Civil Society Lab at Stanford University’s Center on Philanthropy and Civil Society.

Thu Sep 17 , 2020
Personal Finance Insider writes about products, strategies, and tips to help you make smart decisions with your money. We may receive a small commission from our partners, but our reporting and recommendations are always independent and objective. I heard the term compound interest for years but never took the time […] 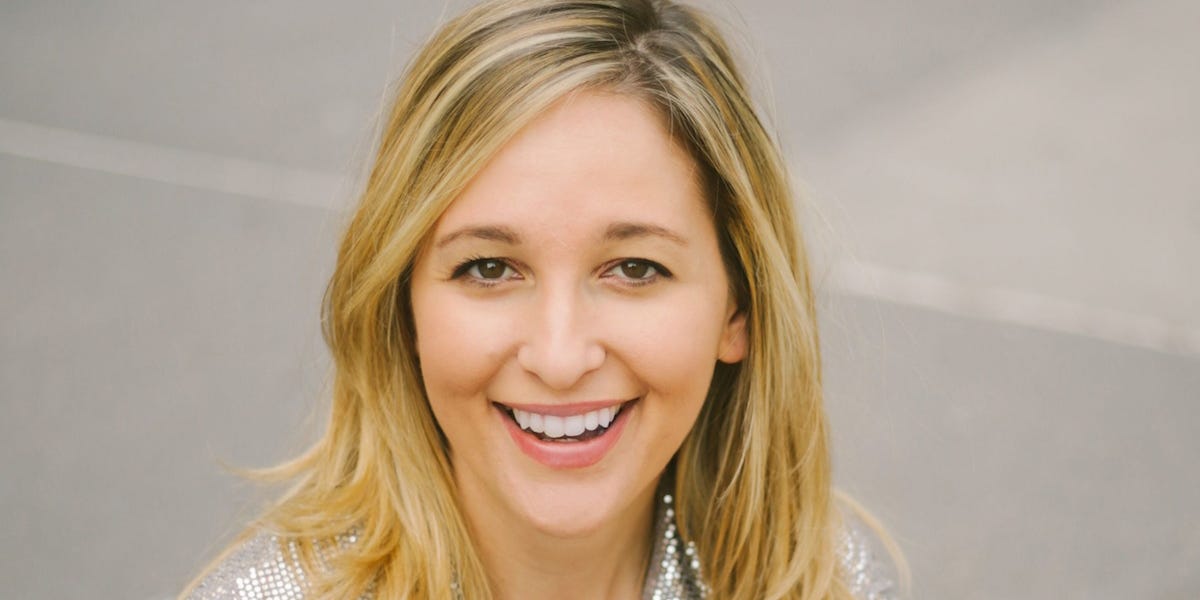