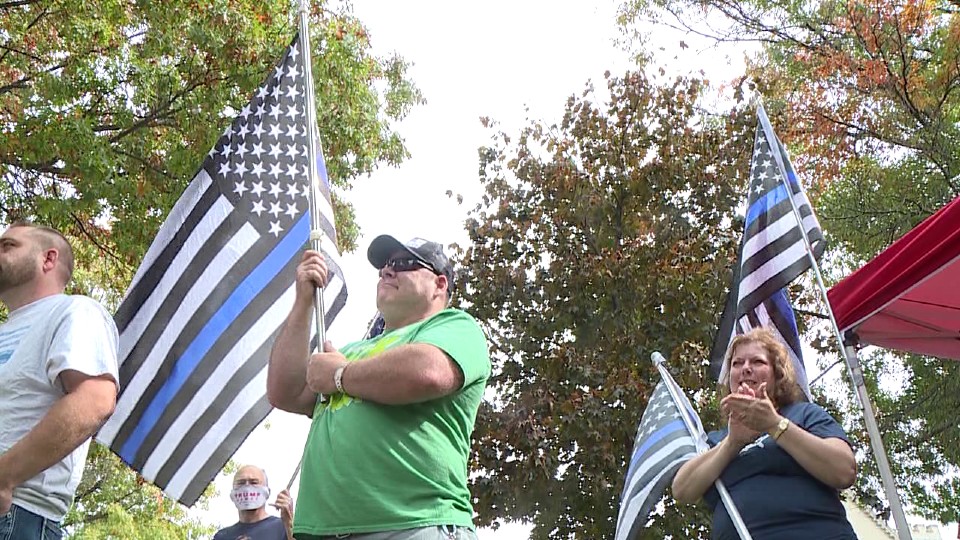 CANFIELD, Ohio (WKBN) – On Saturday, a rally supporting our men and women in blue drew a crowd of people to the Canfield Green.

It was the first year for the event — one that was aimed at not only thanking local law enforcement but raising money for a good cause.

“It makes your heart swell to see this kind of enthusiasm,” said Anna Pera, of Canfield.

Holding signs and waving blue line flags, a large crowd of people showed up to support the men and women of law enforcement.

“It’s like amazing because this is what our country needs: unity. As people here have said, we are supporting Blue Lives Matter, but really, the truth be told, all lives matter,” Pera said.

“They put their lives on the line, and that’s a cliche, but they do. They’re social workers, they’re marriage counselors, they’re talking people off the top of the buildings. These people don’t do it for the money, they do it because they really care,” said Mahoning County Sheriff’s Deputy Dale Rhinehart.

Event organizer and wife of a local sheriff’s deputy Christine Oliver put together the event to thank local law enforcement while also raising money for her non-profit Back the Blue Ohio. It’s an organization that raises money for children of fallen officers.

“It’s overwhelming. It was far greater, the community support, than I ever expected,” she said.

Oliver also said she wants to make it even bigger and better next year.