Luis Alvarez had two semesters of organic chemistry under his belt before he left high school, thanks to an unusual program at his Hollywood, Florida, school. The rigor didn’t scare him off. In fact, “that convinced me that I wanted to go into that field,” Alvarez says. So at the […]

Luis Alvarez had two semesters of organic chemistry under his belt before he left high school, thanks to an unusual program at his Hollywood, Florida, school. The rigor didn’t scare him off. In fact, “that convinced me that I wanted to go into that field,” Alvarez says. So at the US Military Academy at West Point, he enrolled as a chemistry and life sciences major. He formally began his time in the Army when he finished West Point in 1997, but he wanted to continue his studies. Alvarez went to MIT on a Hertz Foundation fellowship, where he earned a master’s degree in chemical engineering working on ways to remove sulfur from fuels using microbes—and met Bill Gates at a Hertz Foundation function (below).

After completing his master’s, Alvarez deployed as an intelligence officer, serving in Iraq and Korea, among other assignments, between 1999 and 2005. “When you do a degree in the Army, you usually have to serve after you complete a master’s and then come back for PhD,” he explains. His work in the service wasn’t in the sciences, he says, but it helped prepare him for the PhD he planned to pursue afterward. “A lot of the time management and professional skills that you learn in the military are very useful if you pursue a career change into chemistry or biochemistry,” he says.

In 2006, Alvarez returned to MIT to pursue a PhD, spurred in part by a problem he’d seen in his service. After a major injury to a leg or arm, “the limb will be saved, but then many months later we’ll have to have that limb amputated because the bone didn’t heal or a vessel didn’t heal.” His work focused on engineering implants using proteins that provide the body precise biological prompts to regenerate tissue. After his PhD, Alvarez took a position leading the US Department of Defense’s Bioscavenger program, which develops counter measures against chemical nerve agents. He later moved to the DOD’s regenerative medicine program managing clinical and preclinical research. He finished his military service as a professor at West Point, where he taught and led a research group studying nerve repair.

In 2016, Alvarez founded a biopharmaceutical start-up, Theradaptive. Building on his PhD work, the firm designs proteins that bind tightly to a wide range of inorganic substrates. “All you have to do is dip your implant in a liquid that contains the modified protein, and everywhere that’s porous or exposed will have a surface-presented growth factor,” he says, triggering targeted regeneration of bone, cartilage, or other tissue. Preclinical trials on spinal fusion and trauma applications are wrapping up now, and he expects to start human trials in 2021. In addition to his work with Theradaptive, Alvarez is also involved in two other biotech firms. “The most exciting thing is to see something grow from a seed to an actual thing that you can hold in your hands, that works and will eventually change people’s lives.”

Thu Sep 17 , 2020
ViacomCBS has revealed Paramount+ as the brand name for the company’s upcoming global streaming service, along with unveiling international rollout plans and new original programming highlights. The company’s subscription video-on-demand and live streaming service CBS All Access will be rebranded as Paramount+ in early 2021 as part of the service’s […] 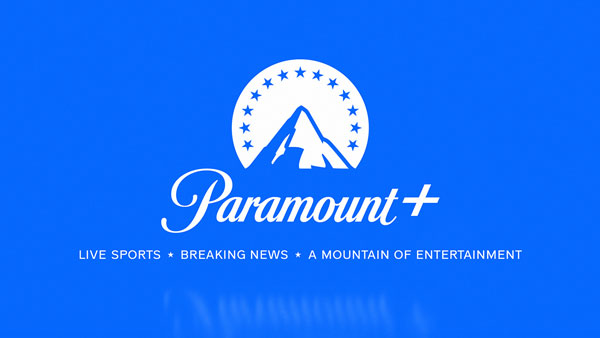