For more than 50 years, Terry Wright had no idea he was suffering from cystic fibrosis. Oh, he was sick. So wracked by pain that from the time he was a child growing up in Little Rock he considered Arkansas Children’s Hospital his second home. But the source of the […]

For more than 50 years, Terry Wright had no idea he was suffering from cystic fibrosis.

Oh, he was sick. So wracked by pain that from the time he was a child growing up in Little Rock he considered Arkansas Children’s Hospital his second home.

But the source of the agony in his gut was always misdiagnosed — usually as a gastrointestinal virus, or perhaps ulcers (screenings of newborns for cystic fibrosis are now required in all 50 states).

“I suffered as a child,” Wright says. “It was a painful life. I would hide it from my parents and wouldn’t let them know that I had problems. … I would just push forward. I wanted to stay active and keep a good attitude.”

He never gave up on that whole good attitude thing.

Despite his ailments, he excelled in sports, playing baseball and running track in school. As an adult, he completed multiple marathons, became an avid cyclist — he’s a founding member of the Major Taylor Cycling Club of Little Rock — and worked as a certified personal fitness trainer.

Wright was doing all of this while dealing with the ravages of CF, a life-threatening, hereditary disease that affects the lungs and digestive system and causes the body to produce thick, sticky mucus that can clog the lungs and obstruct the pancreas.

By 2001 things were looking grim, and he underwent an eight-hour surgery to remove part of his pancreas.

“He was on death’s doorstep,” says Wright’s wife, Michele. “I truly believe if he did not have that [surgery], he wasn’t going to make it.”

He bounced back after the surgery, but took a serious downturn in late 2016 and was hospitalized twice.

“I knew we were out of options and he was going to die,” says Michele, an engineer with a doctorate in public policy.

A former pharmaceutical salesperson, Michele insisted that Terry see an infectious disease doctor, who noted that Wright had the signs of cystic fibrosis, but it was dismissed because only about one in 17,000 Black people have the disease.

At their wits’ end, the Wrights decided to check out the cystic fibrosis angle and Terry underwent a sweat chloride test, which measures the concentration of chloride that is excreted in sweat and is used to screen for CF.

And in the spring of 2017, at the age of 54 and after decades pain, discomfort and confusion, countless hospital stays, ER visits and prodding and probing by doctors, Terry was diagnosed with cystic fibrosis.

“Now I knew why I had suffered like this,” he says of how he felt when a name was at last given to his illness. “Now I knew why all these things had been going on with my body.”

How did he keep his spirits up all those years of suffering?

“I always felt like I couldn’t stop,” he says. “You find your niche, something you enjoy doing, like the gardening and stuff. That kept me encouraged and active. When you are inactive, that’s when things set in.”

Speaking in late August, Terry, whose hospital visits were almost monthly, says it had been about a year since he had been in the hospital.

As part of his treatment, he suits up twice a day for about a half-hour in a blue, vibrating vest that looks like a flotation device. The special vest helps shake up and loosen the mucus that develops in his chest. He also inhales on a tube that sends medicine to his lungs.

Terry and Michele, both energetic and outgoing, formed the nonprofit National Organization of African Americans with Cystic Fibrosis (noaacf.org), which aims to “connect, help build diverse communities and raise CF awareness in the African-American community and beyond.”

Terry has also written “Terry’s Journey to CF Land: A Children’s Story and Coloring Book” that was illustrated by Dwight Stegall, Jr., and will be published Nov. 3.

On July 24, Terry became the first Arkansan to be awarded a $10,000 Impact Grant from the national Cystic Fibrosis Foundation.

He was among four grant recipients, which included the founder of a CF-related podcast, the creator of a program that provides adults with CF and their caregivers job training and the maker behind a livestreamed dance class for those with CF.

In an announcement about this year’s grants, the foundation spotlighted the importance of Wright’s efforts to advocate for Black CF sufferers.

“According to the CF Foundation Patient Registry, approximately 5% of people with CF identity as Black, and are more likely to have rare mutations that cannot be treated with current modulators, making additional support for the Black community an important step to improve outcomes and quality of life.”

Kelly Bullington is executive director of the Arkansas Chapter of the Cystic Fibrosis Foundation.

“Prior to mandatory newborn screenings, many African Americans with CF went undiagnosed because it was seen as a Caucasian genetic disease,” she says.

Talking about Terry, Bullington says: “He is very unique. To live undiagnosed until 54 is pretty amazing. Most people, left untreated, die prematurely … but he had a real commitment to a healthy lifestyle. He stayed really fit and ate really well to help his quality of life. That’s probably part of what helped him live so long without a proper diagnosis and treatment.”

The Wrights live on a ridge in North Little Rock overlooking woods with the Little Rock skyline in the distance. Their living room is quirky, colorful and filled with plants. There is a barber’s chair and a vintage jukebox with records by Elvis Presley, James Brown and others.

The steep hillside that is their backyard has been cleared of vegetation by Beavis and Butt-head, a pair of LaMancha goats Terry has had for about a year.

“Beavis is the bully,

Butt-head is the smart one. He’s the escape artist,” Terry says.

Talking about the National Organization for African Americans with Cystic Fibrosis and his book, Terry says, “It’s about bringing awareness, getting people engaged, keeping them encouraged. And the coloring book itself is the story about my journey.”

He hopes the book and his story will help comfort young CF patients, who are often kept apart from others because of their weakened immune systems.

“You have all these fears when you are very young,” he says. “You’re wondering: What’s going on with my body? And a lot of times it’s hard to connect because the only thing you see are all these doctors around you and they have diagnosed you with this terrible disease, but I want to let them know there is hope.”

The money from the impact grant was used to help produce the book and develop the NOAACF website, he says.

On Oct. 21, Terry and Michele, whose own children’s book, “The Water Tales: Ten Life Lessons From My Water Buddy and Family” will be published Oct. 20, will speak on a panel about culturally competent CF care during the North American Cystic Fibrosis Conference.

The Wrights say they would like to collaborate with the CF foundation, the pharmaceutical industry and hospitals to help bring awareness of CF in the Black community.

“Not just on a regional level, but global,” Michele says, “where we are serving as a liaison between those minorities and African Americans with cystic fibrosis.”

“It’s important to have someone advocate for you,” Terry says.

They also hope to host a conference for Black people and other minorities with rare diseases.

“I’m at peace,” Terry says of his state of mind since being diagnosed. “Now I’m driven to help others. If I can make a difference in someone’s life, my hard work would not have been in vain.” 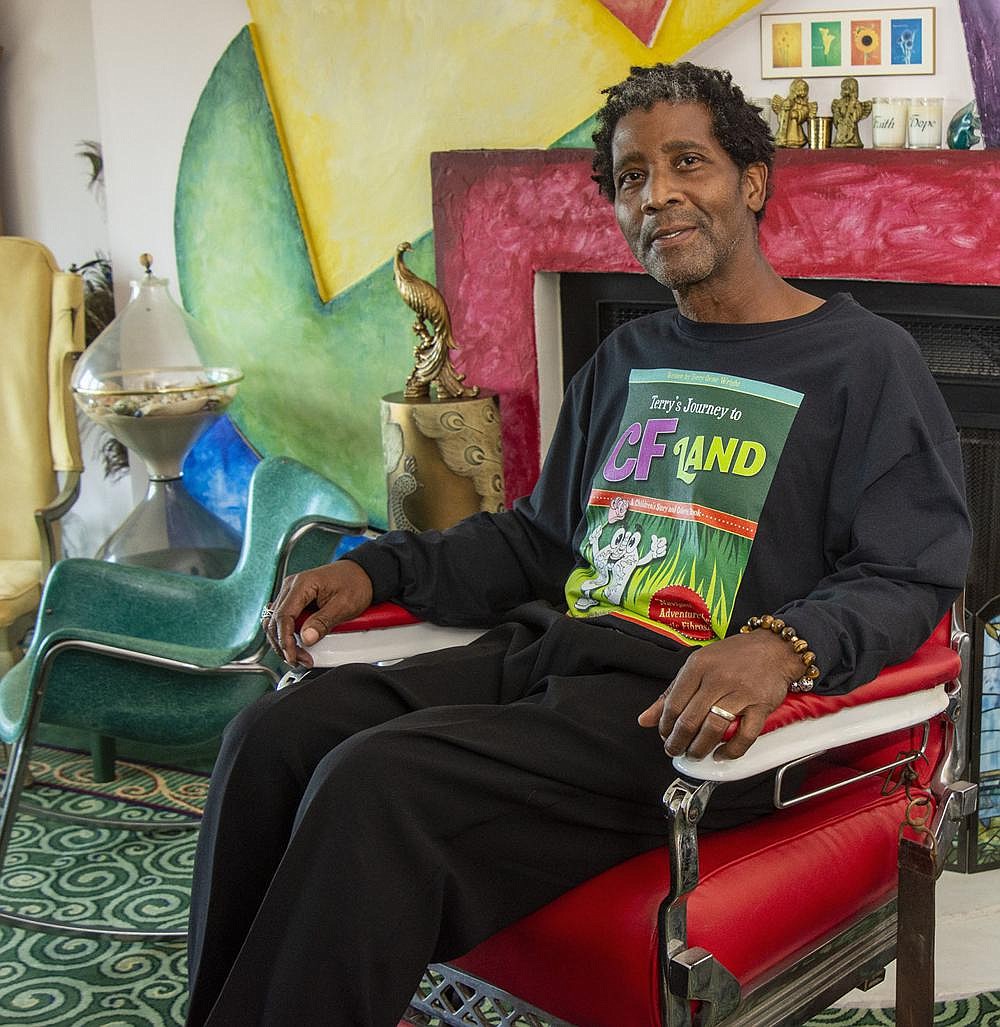 Terry Wright sits in the barber’s chair at his North Little Rock home. Wright, whowas diagnosed with cystic fibrosis when he was 54, won a $10,000 grant in July from the national Cystic Fibrosis Foundation.
(Arkansas Democrat-Gazette/Cary Jenkins)

Tue Oct 6 , 2020
Personal Finance Insider writes about products, strategies, and tips to help you make smart decisions with your money. We may receive a small commission from our partners, like American Express, but our reporting and recommendations are always independent and objective. My family of four is about 30 days and 3,000 […] 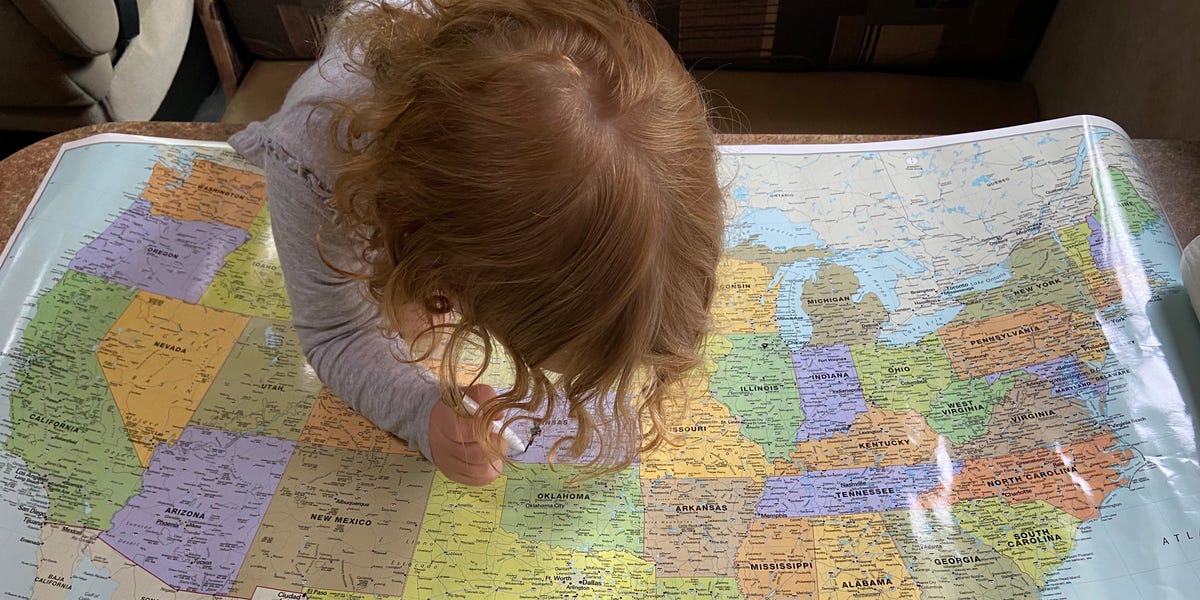