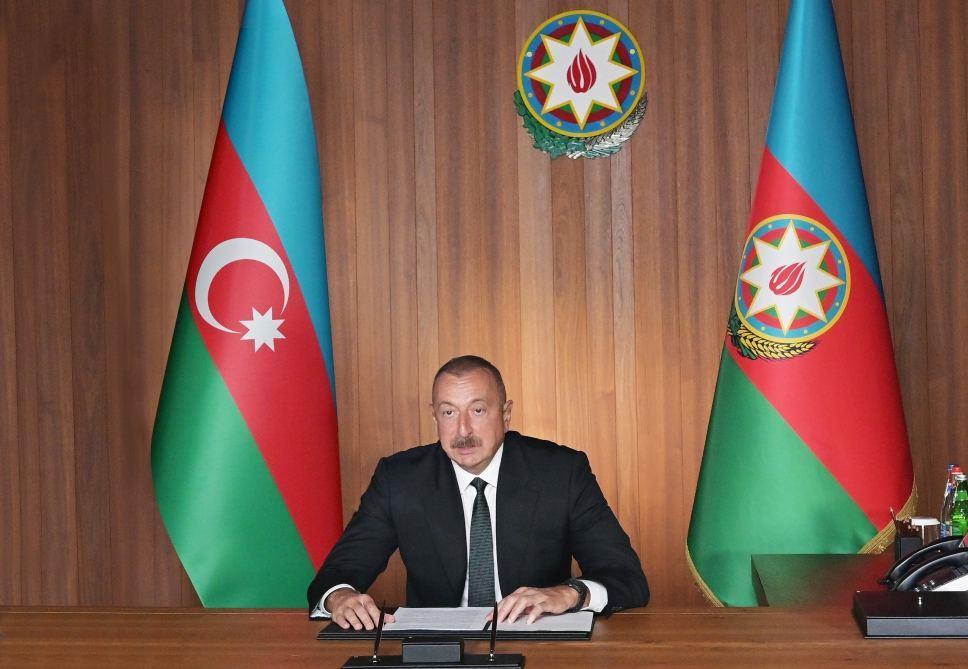 The prime minister of Armenia deliberately undermines the format and substance of negotiation process under the mediation of the OSCE Minsk Group Co-chairs, President of Azerbaijan Ilham Aliyev said.

President Aliyev made the remark while addressing the high-level meeting in a video format to mark the 75th anniversary of the United Nations held on the sidelines of the 75th session of the UN General Assembly.

“His statement that “Karabakh is Armenia” is a serious blow to negotiations,” the president added. “He puts groundless conditions to the negotiation process. His unacceptable so-called seven conditions to Azerbaijan have been rejected by us.”

“We have only one condition to achieve the peace,” the Azerbaijani president said. “The armed forces of Armenia must withdraw from all occupied territories of Azerbaijan. The entire world recognizes Nagorno-Karabakh as integral part of Azerbaijan.”

“The Armenian prime minister announced the establishment of civilian militia consisting of tens of thousands of civilians who will be forced to undertake military actions against Azerbaijan,” the president said. “This clearly demonstrates new aggressive intention of the Armenian leadership. The Armenian defense minister threatens Azerbaijan with so-called “new war for new territories” statements.”


Legal Disclaimer: MENAFN provides the information “as is” without warranty of any kind. We do not accept any responsibility or liability for the accuracy, content, images, videos, licenses, completeness, legality, or reliability of the information contained in this article. If you have any complaints or copyright issues related to this article, kindly contact the provider above.