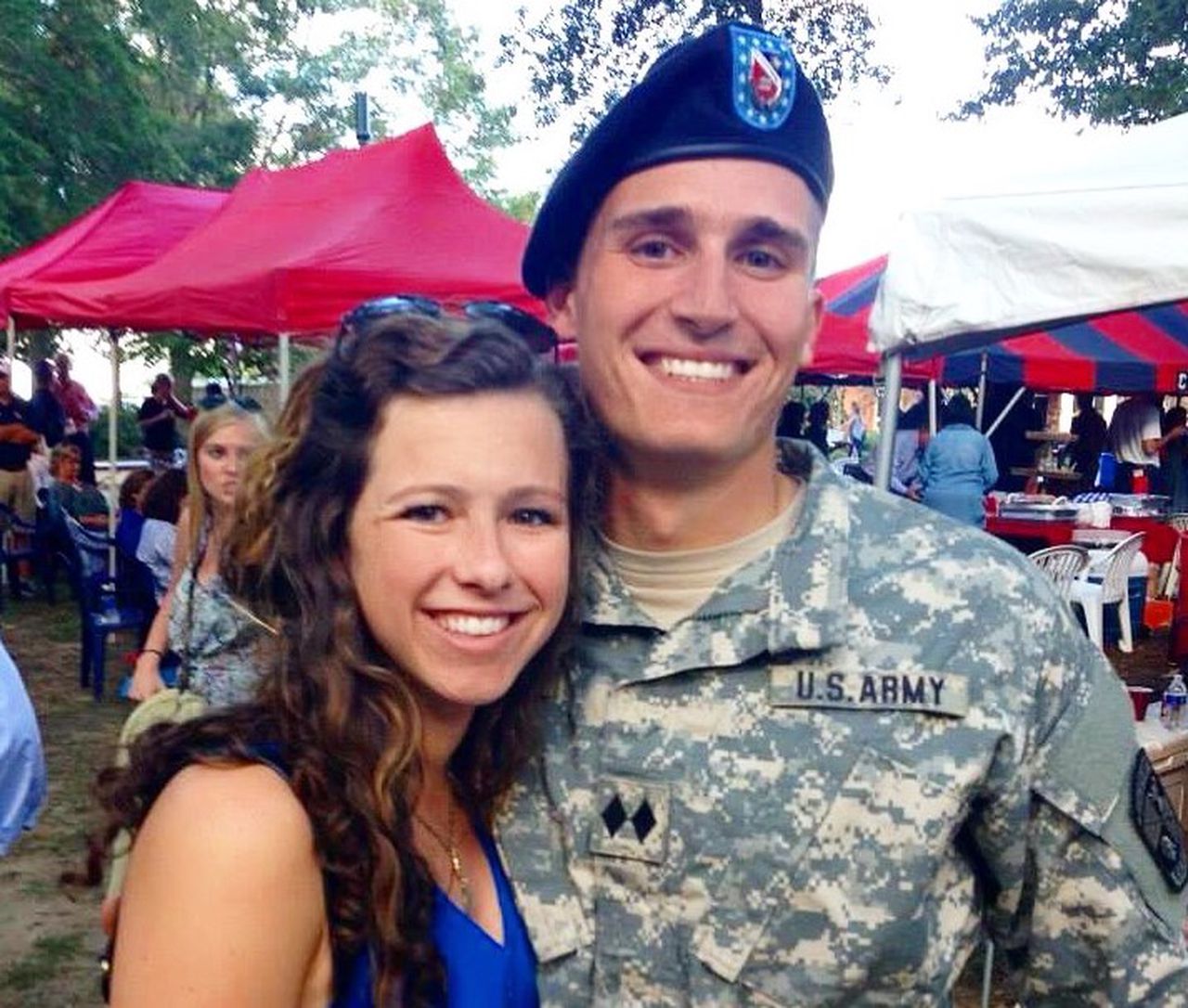 Within months after they were married in June of 2018, Morgan Resha’s husband Michael, a U.S. Army Ranger, was deployed to Afghanistan. She knew she would miss him terribly, so the fact that she could stay in touch with him online eased her mind somewhat.

But once he arrived at Bagram Air Base, he realized that staying in touch wouldn’t be so easy. To access the free internet service there, he and a couple thousand other soldiers would be sharing one common area, known as the MRW (morale, recreation and welfare) room – about the size of an average living room – where there was no privacy and an incredibly slow connection.

Individual Wi-Fi service would cost Michael about $100 per month, which was not in the young couple’s budget. “It was a shock for us,” says Morgan. Their family and friends chipped in to help during the time he was gone.

Before his second deployment last year, they were more prepared for the Wi-Fi cost that would let him FaceTime with Morgan, watch movies and listen to music during his free time. But Morgan worried about other Army personnel and their families who couldn’t afford to pay between $80 and $150 per month for individual Wi-Fi plans, depending on where they were stationed.

“No one knew paying for Wi-Fi was a thing,” she says – not to mention the fact that couples were having to pay for it at home as well as overseas. And, while Michael’s deployments lasted five months, many soldiers find themselves overseas for nine to 13 months, Laura says. “Thirteen months is a long time to pay $100 a month to talk to your kids.”

And so, over Labor Day weekend of 2019, she and her mother, Laura Crumbaugh of Birmingham, decided to do something for the other members of Michael’s platoon. They started a nonprofit organization, WiFi for Warriors, to raise money to reimburse soldiers for their Wi-Fi expenses.

“My mom is a go-getter,” says Morgan. “She’s been on the forefront.”

The process requires soldiers to fill out an application on the WiFi for Warriors website. After they provide copies of their orders and receipts, they are reimbursed on a first-come, first-served basis.

Though the nonprofit has slowed down its efforts a bit during the COVID-19 pandemic, it has managed to raise nearly $55,000 in less than a year, thanks to corporate and individual donations, T-shirt and bumper sticker sales and a Memorial Day fundraising event held on Lake Martin.

Morgan and Michael, who met at Mountain Brook High School, both went to the University of Mississippi, where he joined ROTC and then, after graduating, joined the Army and was assigned to Joint Base Lewis-McChord near Tacoma, Washington. He has been deployed to Afghanistan twice during his four-and-a-half years in the Army, both times during the holidays.

The couple recently moved to Richmond, Virginia, for six months of training. Their next move will be in February. Meanwhile, they look forward to celebrating their first Christmas together since they were married. Morgan, a doctor of audiology, is pregnant with their first baby, due in November.

Many of the applicants for Wi-Fi assistance have children, and they depend on the internet to stay connected. “Being able to talk to family daily is huge,” says Laura.

She recalls one soldier she worked with who has elementary and middle school-aged kids. “They watched football with their dad,” she says, while he was deployed overseas. “It makes such a difference in their reintegration.”

WiFi for Warriors is “a family endeavor,” says Laura. Her youngest daughter, Kendall, helps with social media, and her son Chase designed the logo for the organization that appears on the front of the T-shirts. Thanks to angel investors who pay for the cost of the T-shirts, “every penny we raise goes back to the soldiers,” Laura says.

“It’s been a huge learning curve for all of us,” she admits. She has learned, for example, that she’s good at fundraising. “I’m so passionate about this that it’s easier to ask for money,” she says. “A hundred dollars is a huge contribution, and you can see the effects immediately.”

Want to read more good news about Alabama? Sign up for the This is Alabama newsletter here.